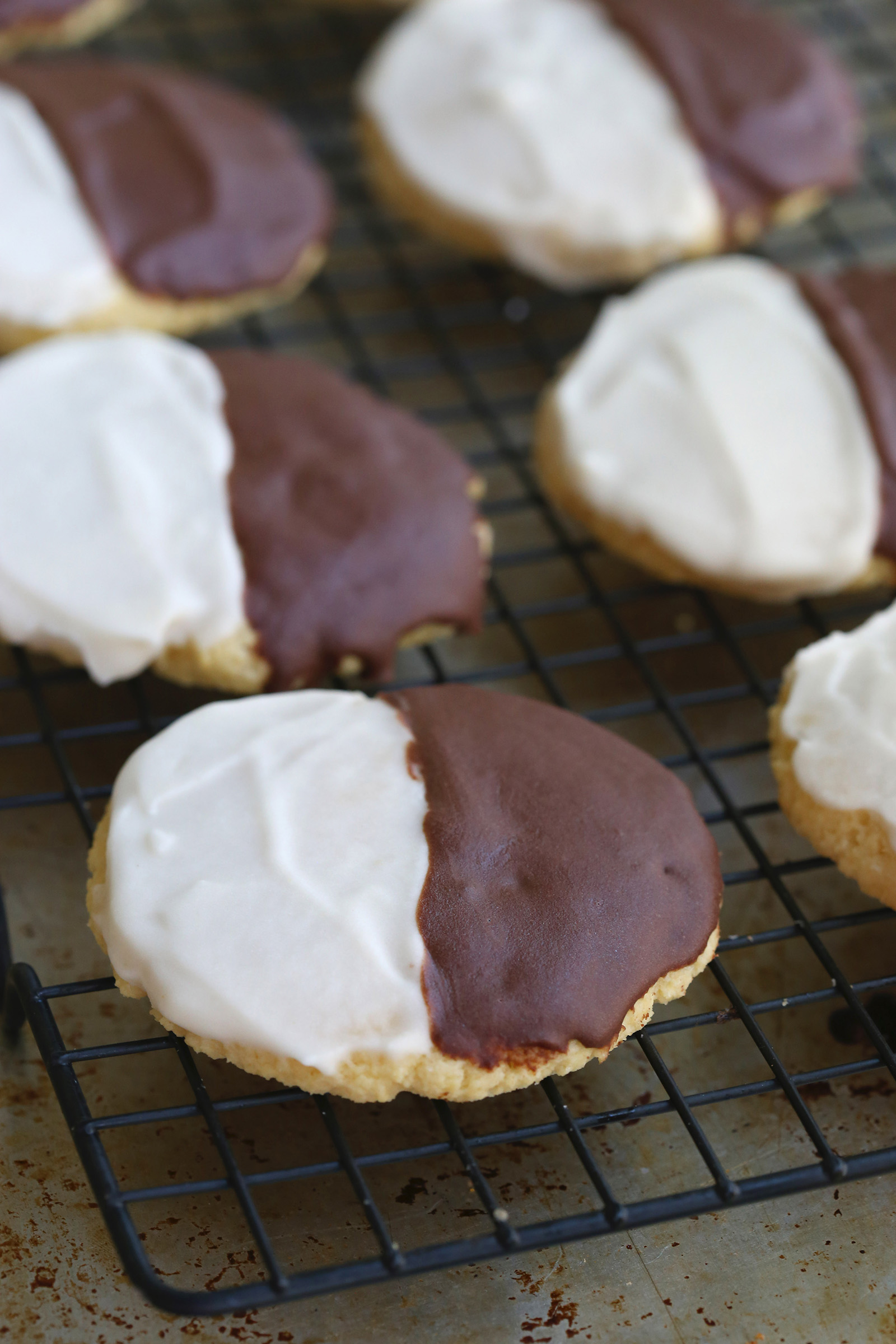 Were you a Seinfeld fan back in the day? I used to watch it almost religiously, despite the fact that George’s antics always made me squirm with discomfort. He really was so impossibly awkward and self-centered, I could hardly stand to watch him. I suppose that was the point, really, to take character flaws such as his and make them so absurd that you couldn’t help but laugh. Or squirm with discomfort. Or both.

Being Canadian and never having been to New York City, Seinfeld introduced me to a number of things I knew nothing about. Things that were distinctly American. Or at least distinctly New York. Black and white cookies were among these cultural novelties for me. There was a whole episode devoted to these cookies, about how people could learn so much from the black and the white frosting living side by side. I didn’t have a clue what they were, but I still managed to find the whole skit amusing.

Fast forward a few years, to grad school in the US and I finally got to taste my first black and white cookie at a New York-style deli in Arizona, of all places. I can’t say I was overly impressed with the soft, cake-like cookie, but perhaps that was because I was in the arid desert and not the bustling city of New York. But I can see the appeal of these cookies, particularly for kids. They are typically quite large, and the fact that they have both chocolate AND vanilla frosting means you don’t have to make that monumental decision between the two. The best of both worlds. And now they’re healthy too.