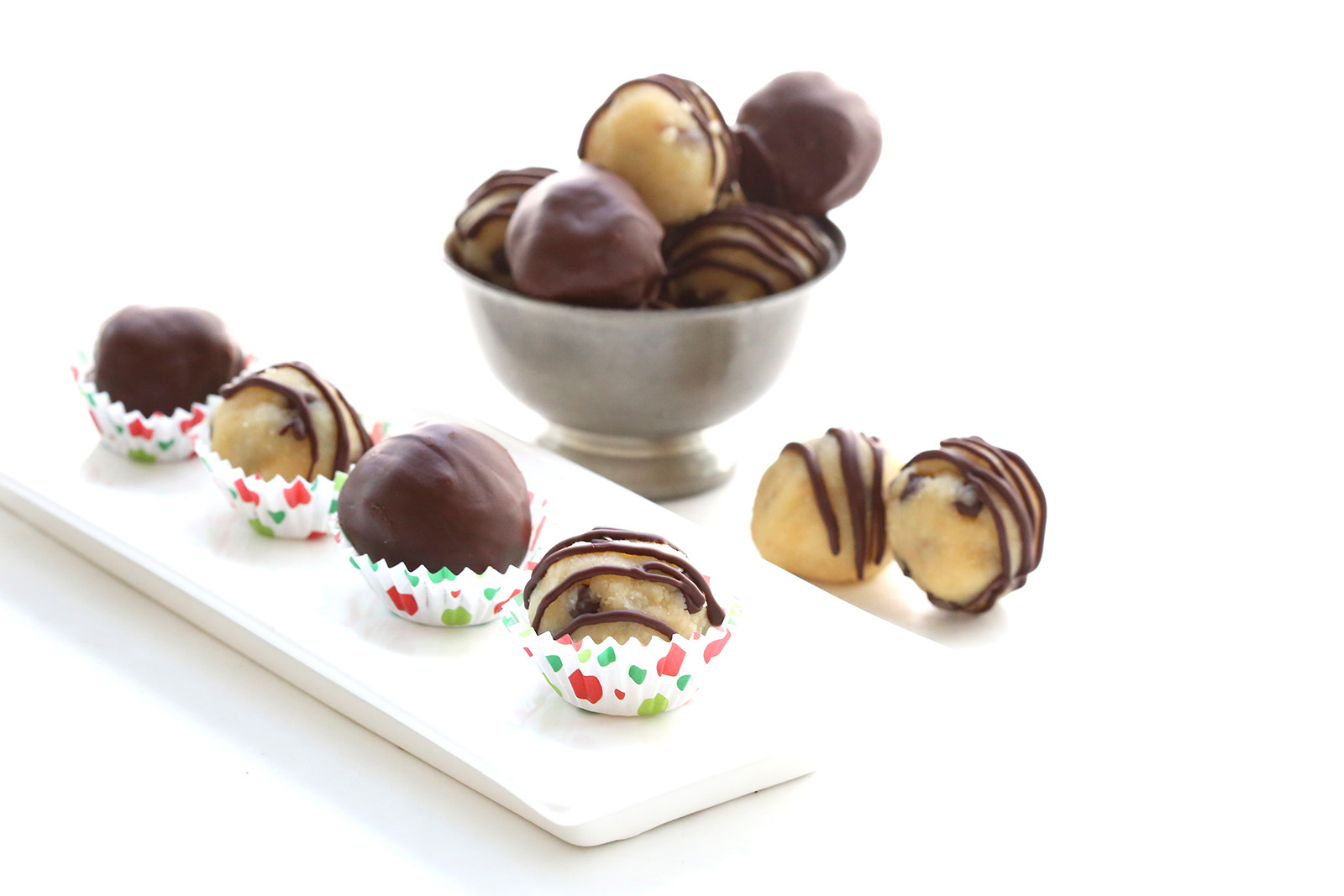 What is it that is so enticing about raw cookie dough? There is such guilty pleasure in sneaking little bits of the dough in between shaping the cookies and setting them on the pan. You know you shouldn’t do it, not only because you’re intaking extra carbs, but because it’s totally and completely raw. It’s risky, but you can’t help yourself. It’s just too good, all sweet and soft and... raw. Sometimes it’s almost better than the cookies themselves. Maybe it’s the forbidden nature of it, the fact that you know you’re not supposed to do it.

Would it still be as good if you were given the green light, the go-ahead? If the raw cookie dough was itself the goal? And if it wasn’t so bad for you or so risky to consume? I am going to go ahead and answer that one for you with a resounding YES! Because these low carb, grain-free chocolate chip cookie dough bites are proof. Proof that there is such a thing as safe and guilt-free raw cookie dough.

And they are so delicious, you won’t miss conventional raw cookie dough one little bit. Although you may have a hard time keeping yourself from sneaking little bits of the dough between rolling the balls and dipping them in chocolate. Because, after all, the forbidden nature of it still has its appeal!