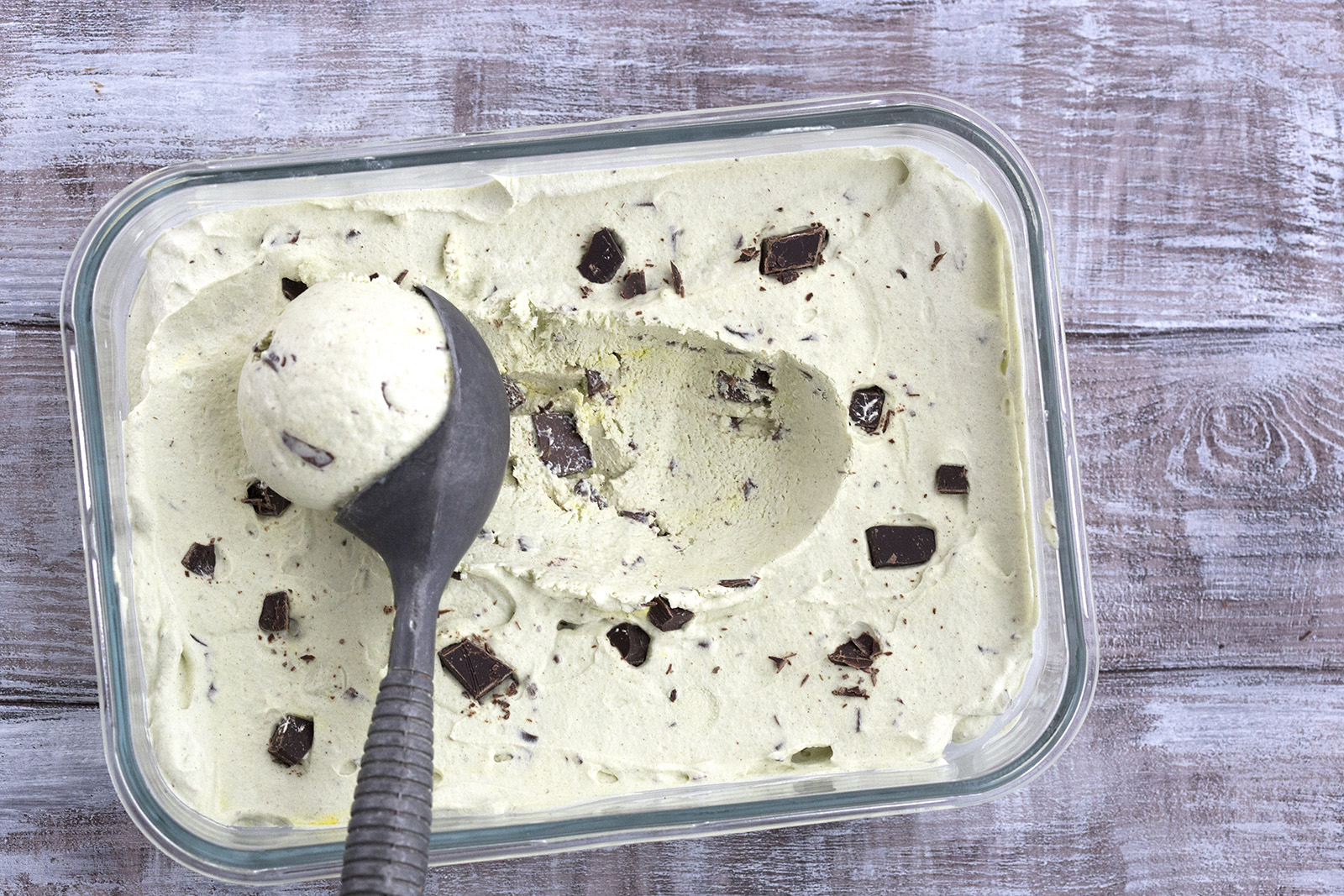 So who really owns their own ice cream maker? Well, I do. In fact, I own two of them. I recently upgraded to a compressor model, the sort that doesn’t require the bowl to be frozen ahead of time. But I found myself reluctant to give up on my heretofore very reliable standard model. So I kept them both. You know, just in the off chance that I am suddenly required to make four or five quarts of ice cream in the span of a few hours. It could happen!

But despite owning the machinery to make vats upon vats of ice cream, I still love the idea of no churn ice cream too. Because while I may have ridiculous amounts of kitchenware hanging out in my cellar, you may not. And more power to you for being a minimalist and living the uncluttered life. I should follow your lead. But I probably won’t.

This low-carb mint chip ice cream is a fun treat for St. Paddy’s Day. You can leave it plain white, or you can choose to color it with a little green. There are some all natural food colorings out there, but I’ve also found that a little bit of matcha green tea powder can work as well.

While you’re at it, why not make some low-carb shamrock shakes? Just leave out the chocolate chips and blend with some almond milk!