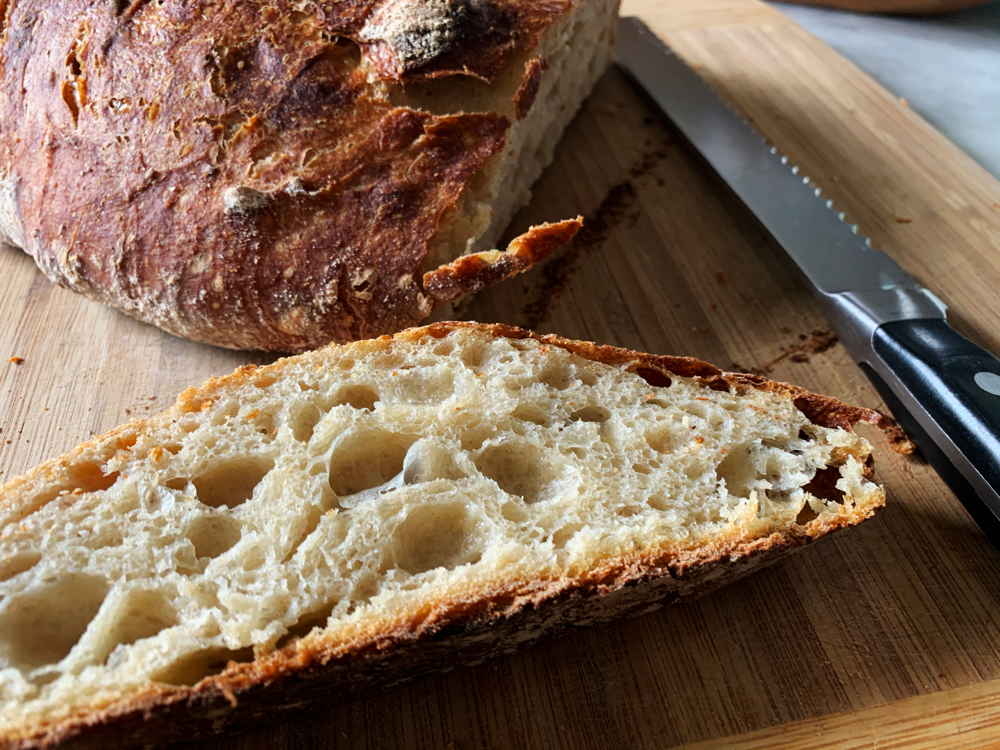 What’s all this talk about sourdough? Well, it is definitely not new to the 21st century; historians believe Ancient Egyptians thought sourdough was just as great as we do. Based on writings in excavated tombs, it is thought they made leavened bread using the concept of a starter way back then! They aren’t the only ones who used this method; during the Greek and Roman Empires, the bakers used wine and beer to facilitate the fermentation process...Bread lovers unite!

If you're looking for a bread that causes a little less tummy trouble, you might have found your answer! Fermentation naturally initiates the break-down process of digestion, so it is less work and more tolerable for your tummy! On top of that, sourdough’s prebiotic ingredients help promote a healthy gut.

Now it’s time for a science lesson, what makes a true sourdough and how does it work?

Sourdough was created long before commercial yeast, so bakers had to create a natural leavening agent, or a starter, to pull from each time they made bread. It is “started” by combining flour and liquid. It has to capture acid-producing bacteria and yeasts from the air in order to start the fermentation process. Luckily, we have commercial yeast today which can help jump-start the leavening process below:

When yeast is activated and given carbohydrates to feed on (yes, yeast is a living organism), it produces carbon dioxide and a small amount of alcohol. The carbon dioxide gets stuck inside the bread, leavening it; the alcohol is cooked off in baking. Now, because yeast is a living organism, there are conditions where it will thrive and ones where it will die. Keep your starter between 75-95 F. Above 138 F, yeast will die; below 34 F, it will be dormant. Yeast needs moisture to thrive. Salt can help “condition” the gluten, meaning it makes it stronger and easier to work with. Too much salt will cause yeast to die, too little will result in a bland bread. Use these tips and you’ll be making that dough in no time!

To capture those wild bacteria and yeasts the way the early Egyptians did, try this recipe.

To jumpstart the process with commercial yeast, try this recipe.