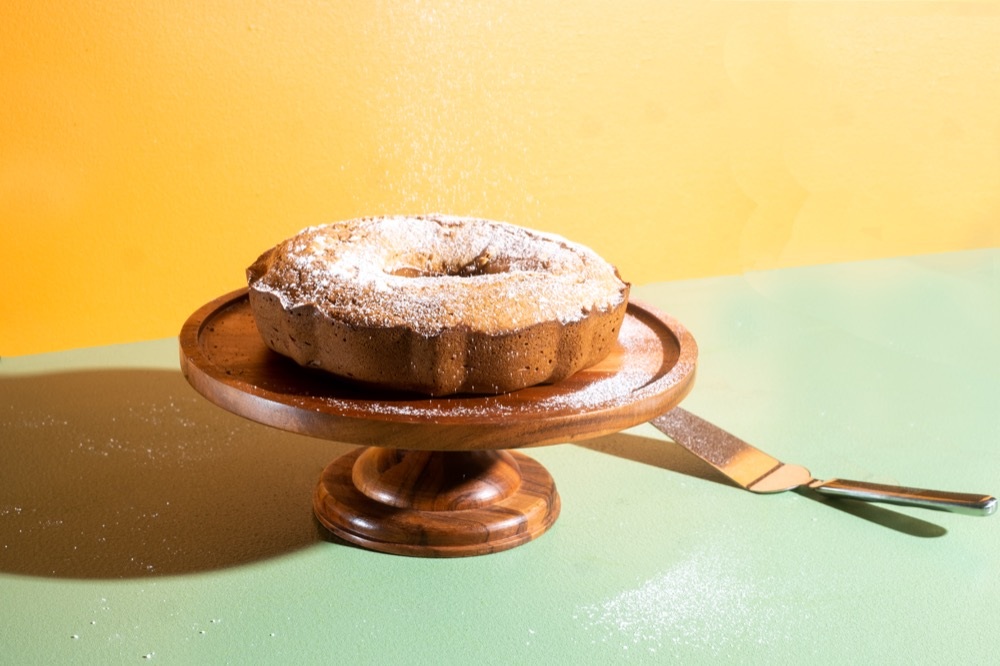 Wondering where that mouthful of a name came from? Our very own Brianne Mayes is engaged to become Brianne Lack in the near future, and this recipe was based on Lee Ann Womack's Buttermilk Pound Cake recipe, published in Southern Living.

Brianne Almost-Lack rhymes with Lee Ann Womack. Get it? Get it?