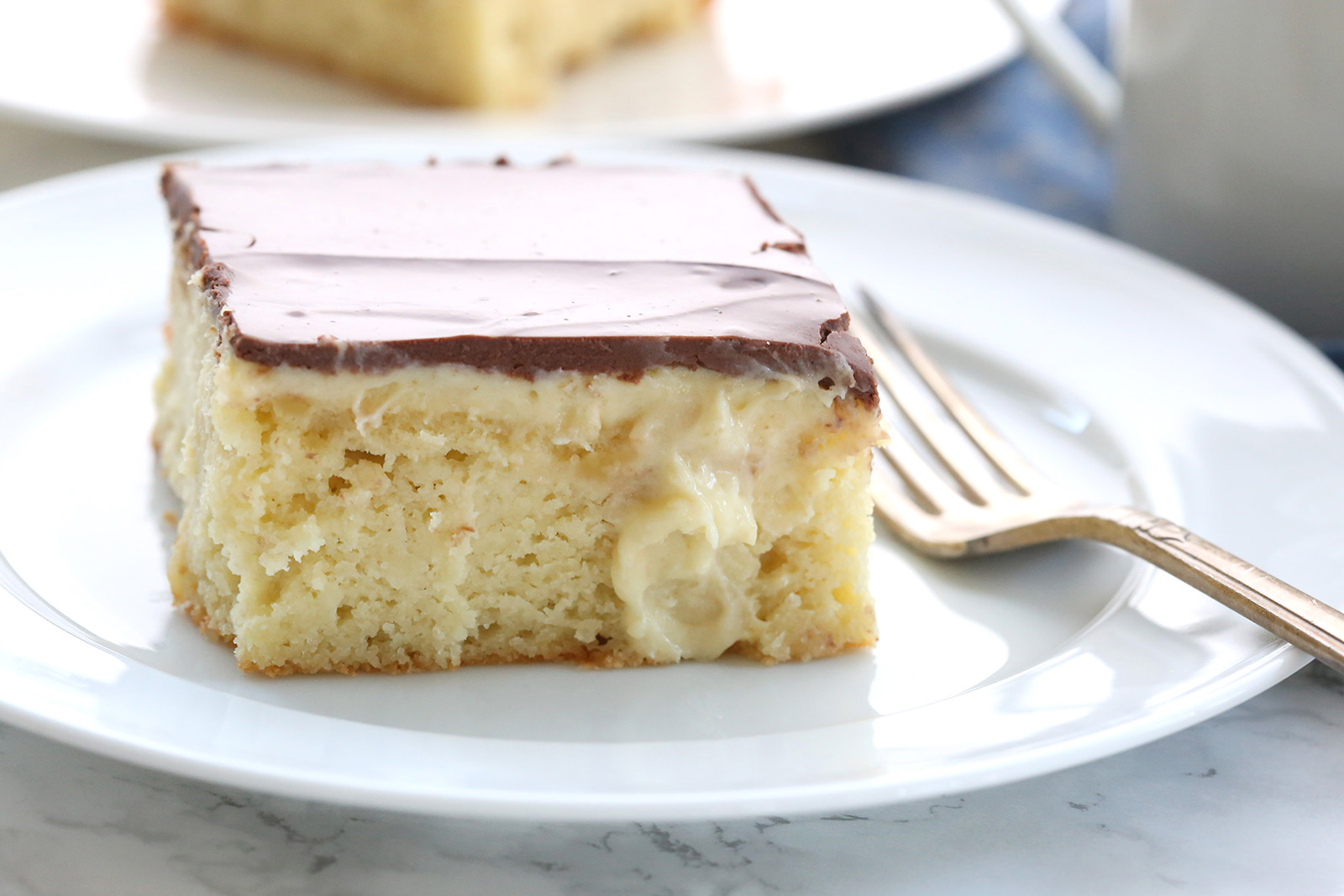 If you know much about Boston, Massachusetts, you will probably have heard of the Parker House Hotel. It’s a glorious, old hotel right in the heart of downtown, within walking distance of the Common, the State House, the Freedom Trail and many other Boston landmarks. It’s a destination unto itself, and it’s quite a foodie institution, too. The Parker Restaurant is well-known as one of the finest in the country and has a few prominent inventions to its name. Such as the Parker House Roll. And the well-loved Boston Cream Pie.

Boston Cream Pie isn’t, of course, actually pie at all. It’s most definitely a cake... two layers of sponge cake with a filling of vanilla pastry cream and topped with chocolate ganache. But once you take a mouthful, you hardly care what it’s called, you just know that you want more...more...more!

The concept of “Boston Cream” has seen many permutations. Boston cream doughnuts are especially popular. The whole idea also lends itself extremely well to a poke cake. Just poke large holes into a vanilla cake, pour the warm pastry cream over, let it set and top with chocolate ganache. It’s easier to make than the original but just as delicious. And now that it’s sugar-free, you can eat more...more...more!