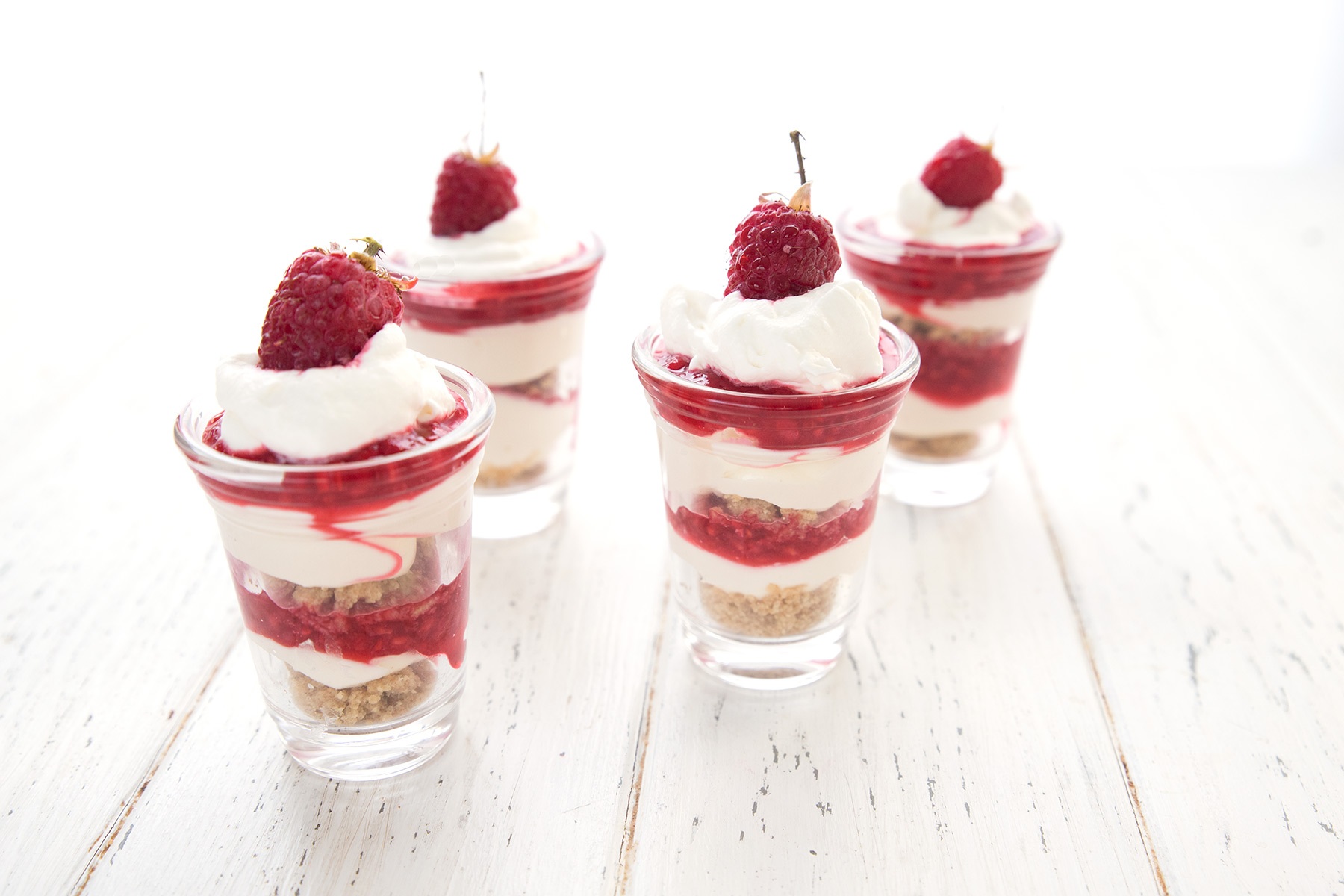 In a small saucepan over medium heat, combine the berries and water. Bring to a boil, then reduce heat to a simmer and cook until the berries can be mashed easily with a fork. Stir in the sweetener and let cool while preparing the crust and filling.

In a small bowl, whisk together the almond flour, sweetener, and salt. Stir in the melted butter until the mixture resembles crumbs.

In a large bowl, beat the cream cheese until smooth, then beat in the sweetener. Beat in the heavy cream and the vanilla extract until well combined and smooth.