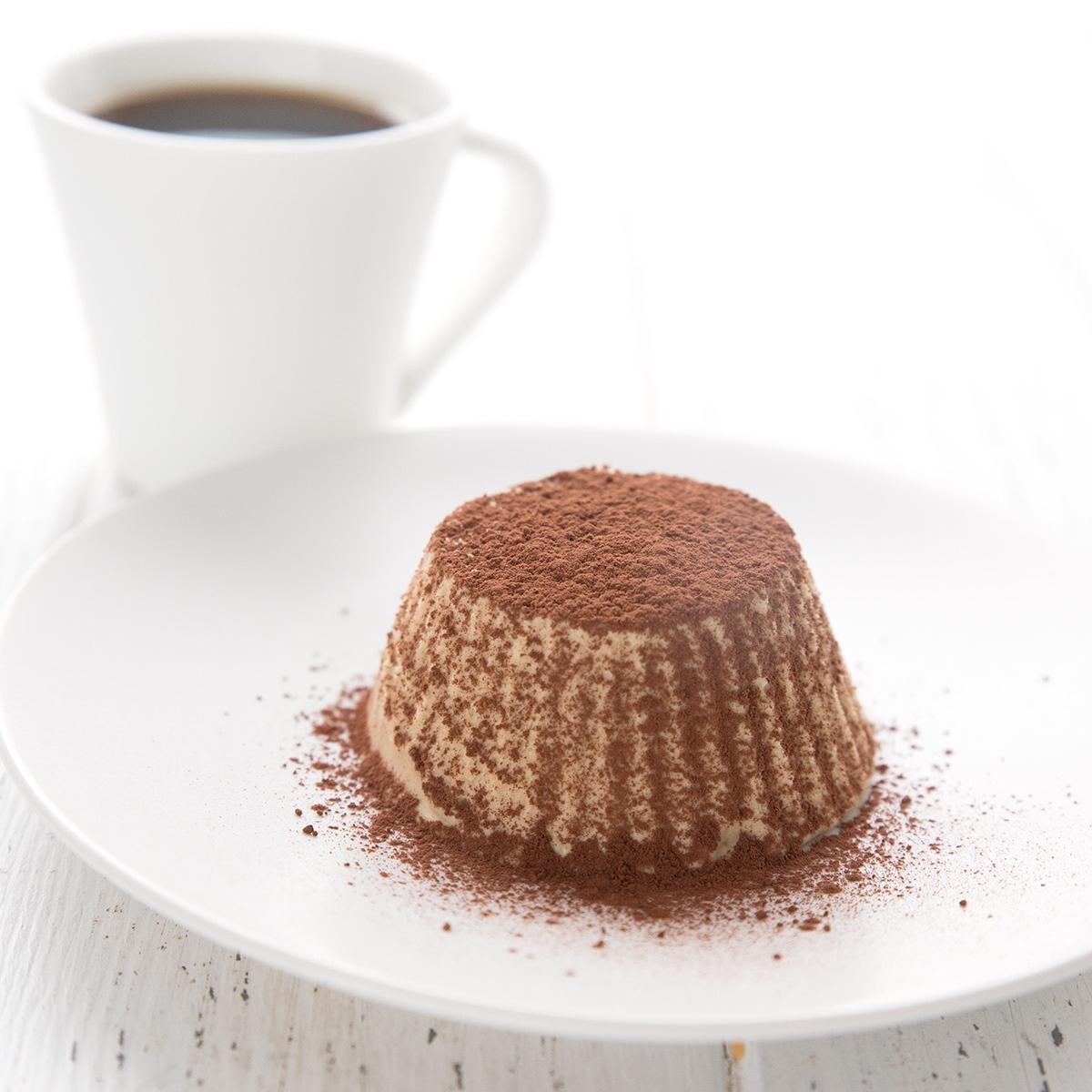 In a heatproof bowl set over a pan of barely simmering water, combine the egg, egg yolks, and sweetener, whisking to combine. Continue to cook and whisk until the mixture thickens and reaches 160F on an instant read thermometer.

Remove from heat and stir in the mascarpone until melted and well combined. Stir in the rum.

In another large bowl, beat the whipping cream with the espresso and vanilla until it holds stiff peaks. Fold in the egg yolk mixture until well combined.

Spoon the mixture into silicone muffin cups or other decorative molds (each mold should hold about ½ cup of the mixture). Freeze at least 6 hours, until firm.

Remove from the molds and sprinkle with cocoa powder.